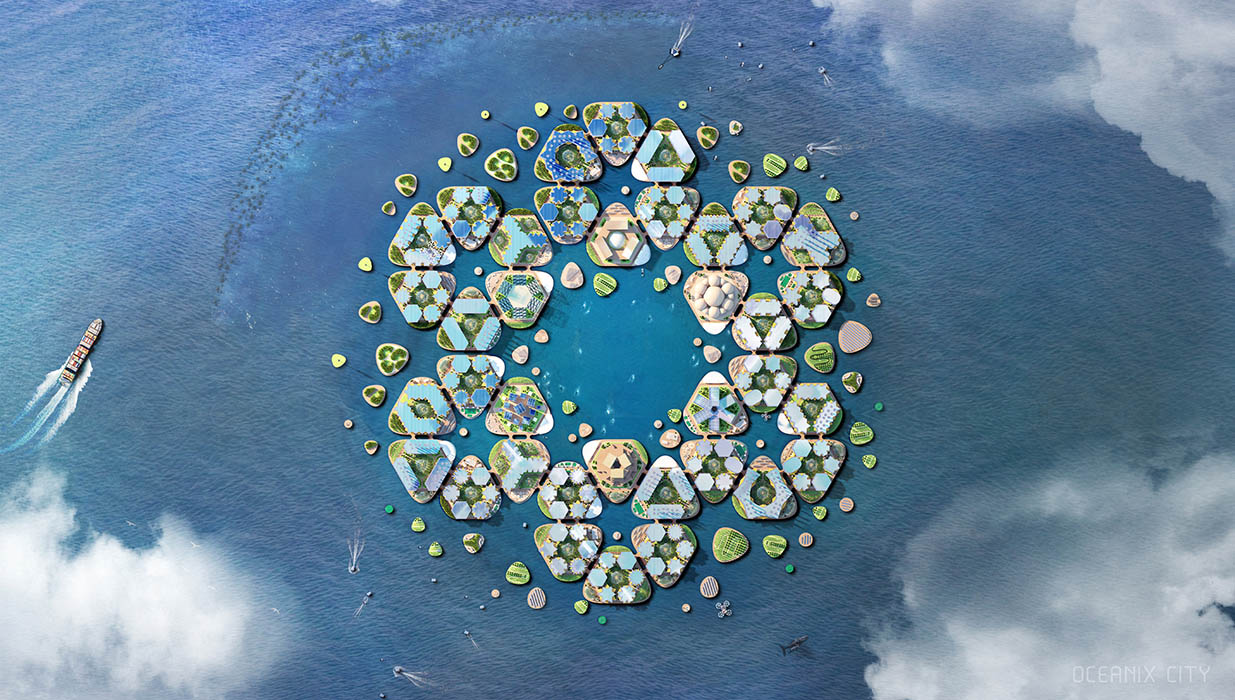 Architecture must adapt to a new climate reality: urban flooding.  A recent RIBA report shows that 1 in 6 UK homes are currently vulnerable to flooding, with that number expected to double by 2050.  With water causing an average of £1.4 billion of damage each year to UK businesses and households, it’s evident that prevention measures are simply inadequate. 21st century architecture must be approached from a position of enabling us to ‘live with water’.

There is nothing new about flooding: mankind has been dealing with this natural phenomenon since the ark. What is unprecedented is the impact of human-induced climate change. At a faster rate than ever predicted, global warming is melting the ice caps, rising sea levels and driving up rainfall rates, as well as increasing wind speeds and flash floods.

“Most architects are now aware of the fact that the construction industry is a huge contributor to CO2 emissions.  However, we are still learning about how to adapt to this new reality – architects, developers, local authorities and communities will need to work together to make sure existing and new buildings and developments are resilient, as flooding will become the ‘new normal’.”

Sea Change: Flood Resilient Architecture for the 21st Century showcased projects – proposed and realised – by leading architects around the world in the field of flood resilient architecture.

Solutions came in all shapes, forms and scales: projects that worked with nature by developing floating buildings; improving flood barriers and turning them into recreational space; elevating a range of public and private buildings.

When it comes to floating, Marlies Rohmer Architects’ Floating Houses IJburg, completed in 2015, has proved to be highly successful. Situated on a lake east of Amsterdam, Rohmer’s original scheme for 158 homes shows how architecture can accommodate a new climate reality.

Currently in development, HafenCity in Hamburg by urban planner KCAP/ASTOC, represents Europe’s largest inner-city redevelopment project. Located in the Elbe river’s flood zone, its method for flood prevention has had to be integrated right from the start.

The exhibition also looked at flood resilient architecture solutions that take into account our enjoyment of living close to water, be it seas, lakes or rivers.

Examples include BIG-Bjarke Ingels Group’s winning scheme for a flood defence strategy that doubles as a public park, preventing a repeat of the extensive flooding experienced by Lower Manhattan in the face of Hurricane Sandy, and Zaha Hadid Architects’ sculptural Niederhafen River Promenade in Hamburg. The latter replaces one of the city’s deteriorated flood barriers, built in 1964 in the aftermath of storm surge floods that caused 315 fatalities and destroyed 60,000 homes. The design incorporates amphitheatre-like staircases, a 3-storey restaurant and shops at street level, proving that flood infrastructure can open up new public space and enhance the lives of urban communities.

Other schemes showed how we can channel flood water through ‘blue-green’ infrastructure solutions, where water is allowed to enter the built environment, but is safely directed to a parkland. Copenhagen-based architectural firm SLA’s scheme The Soul of Nørrebro did just this, creating a new model for flood management by using the city’s frequent downpours to feed urban wetland.

Alongside the main narrative, Sea Change included thought-provoking content on ‘flooding as the new normal’, through film, futuristic visualisations, books and poetry.