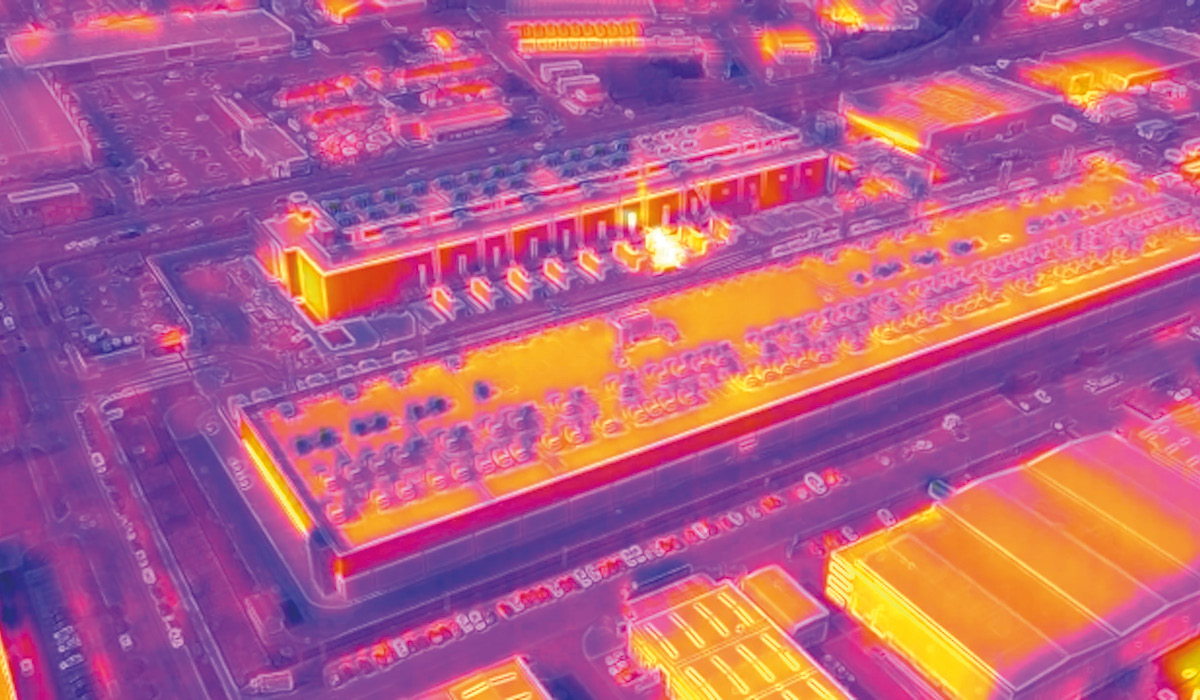 Do you have any idea how much data we use per minute?  By 2025, worldwide data traffic will have grown by 61% to 175 zettabytes, with roughly 75% of the population having at least one data interaction every 18 seconds[1].

JLL predicts European data centre demand will rise by a third in 2021[2] alone.  So what infrastructure are we going to need to accommodate this and how will it change the built environment as we know it?

Roca’s autumn exhibition, Power House, looks at the architecture of data centres, showcasing proposals and existing designs by architecture practices around the globe, from vast complexes in remote locations, to retrofitted buildings in urban centres.

Data centres power modern life and yet they’re rarely considered as pieces of architecture. But as they mushroom across the globe, it’s time we thought of data centres as a peculiar, and peculiarly challenging, new building typology.

With an ever-growing dependence on data to power our cities, businesses and lifestyles, we need to create more sub-station style data centres that link to the motherships on the outskirts of towns, to maintain data processing speeds.  A section of the exhibition will look at these urban data centres, which are often squirrelled away in inconspicuous, retrofitted buildings, such as the state-of-the-art facility in the historic Bamberger Building (Macy’s) in Newark, US, a former department store. The exhibition will highlight the fact that despite their low profiles, they share certain design features.  Dezeen’s editor, Tom Ravenscroft, will curate a special section focusing on London’s data centres.  He says: “Data centres are the most interesting and important new building typology in a generation, yet they are paid almost no architectural attention.  In London and other cities, they tend to be hidden in plain sight, but these secretive buildings deserve more attention!”

The exhibition will explore the architectural styles of structures that go far beyond the human scale, the hyperscale facilities, such as those increasingly peppering the Irish countryside, as Ireland becomes the data centre capital of Europe.  Meanwhile in the Far East, a new 170,000sqm, 11-storey building, sitting on 12 acres of land in Singapore’s Tanjong Kling Data Centre Park is about to become the world’s largest data centre under one roof.

At the beginning of the 21st century, we are producing an architecture that is not constructed, or located, relative to human scale, but instead is a physical manifestation born out of, and subject to, global flows of information.

Donal Lally, founding member of Annex, curators of Entanglement, the Irish Pavilion at the Venice Architecture Biennale 2021, which explores how we live with data.

The exhibition will also display concepts by architecture practices envisioning future data centre locations, such as Arup’s proposals to retrofit disused oil rigs, as well as examples of existing centres located underground – in mines, disused bunkers and under the sea.  The latter is Microsoft’s Northern Isles data centre sea-pod on the seabed off the Orkney Islands.

Data is notoriously polluting. According to Digiconomist, a single Bitcoin transaction has the equivalent impact to watching 91,624 hours of Youtube[3], while the internet is responsible for around 1 billion tonnes of greenhouse gas emissions per year[4], making its emissions roughly comparable to those of the aviation industry.  All of these transactions are powered by data centres, which require vast amounts of energy to cool the plant, let alone power the searches[5].  The exhibition will look at the industry’s attempts to address this, including diverting heat to nearby homes.