Idencity: Six Designs from the LSA to Challenge the Identity of London

The Data and Life of Great Future Cities

Timber Rising: Vertical Visions for the Cities of Tomorrow 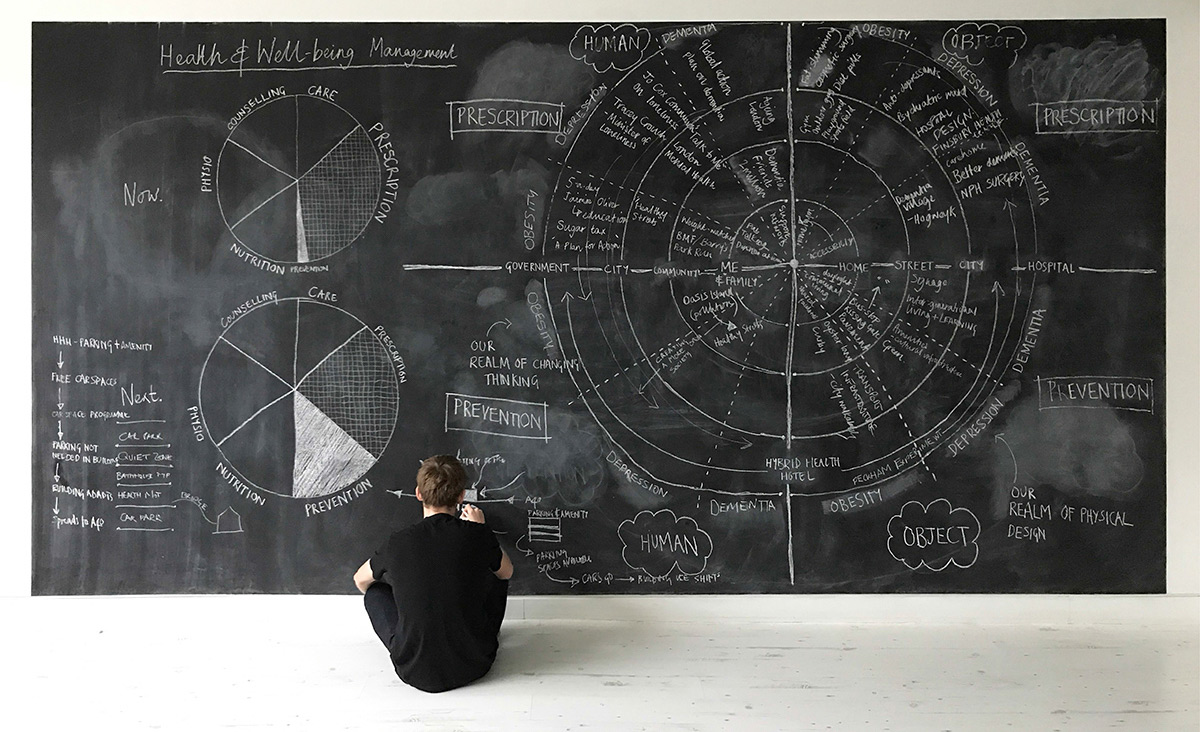 Proposals to shake up Crossrail2, superdensify Rotherhithe and remove the Thames Barrier are just some of the radical ideas that will be explored in Idencity: six designs from the LSA to challenge the identity of London, an exhibition of The London School of Architecture’s 2017-18 Design Think Tanks.

Responding to the 2018 London Festival of Architecture’s ‘identity’ theme, Idencity showed how architects in London can and should address vital issues around urban identity such as governance, wellbeing, ecology, infrastructure, density and tall buildings.  Exhibits were made up of large-scale installations, working models and drawings that described a series of practical ideas developed by architects and students working together in Design Think Tanks over the academic year.

The London School of Architecture (LSA) was established to link practice and profession at a fundamental level and to reshape the relationship between academia and the research that happens within London’s top practices, focusing students intensively on real design issues in the capital.  By engaging with the authorities that shape the city on live projects, student cohorts create proposals that can have real impact, guided by a teaching group of practising architects – the Practice Network.

The Design Think Tanks, whose topics tackle the city’s most pressing issues and the UN’s Sustainable Development Goals, are led by LSA Director of Inter-Practice, Deborah Saunt of DSDHA, who has made the vital links between practices, the GLA, London’s local authorities and the School to ensure that the research goes beyond academia.  She says: “What sets us apart from other architecture schools, and what drove Will Hunter to establish the school in the first place, is that the research is informed by both speculative and grounded conditions and discussions with local authorities, start-ups and users to encourage implementation and debate. It makes our work not only relevant but vital.”

Architectural Agency: led by aLL Design and Orms, looked back to the Agora, the heart of political life in Ancient Greece where citizens could participate in and influence public debate, as a template for how architects today might strengthen the relationship between local government and the communities they serve.  The proposal was for a ‘civic laboratory’, a new spatial proposition that will open up the debating chamber to the public, as well as engaging people across a network of locations.  The specific focus for this Design Think Tank is on Haringey Council.

Adaptive Typologies: led by Allies & Morrison, Penoyre & Prasad and Maccreanor Lavington proposed a superdense housing model.  This Design Think Tank has analysed Old Kent Road Opportunity Area to consider how to design sustainable buildings and neighbourhoods that foster genuinely inclusive, integrated communities in an area that is home to such a diverse group of people, yet is about to change due to increased transport connectivity.

Metabolic City: led by Studio Egret West and Klassnik Corporation, looks at the subject of well-being in an area south of North Acton station.  The site was chosen for the group by the GLA as an upgraded station, bridge, homes and public space were planned for the area.  The students identified the three core demographics – ethnic minority women, the elderly and inactive and obese children – and devised solutions that are open to all and that, crucially, offer ‘preventative design medication’.  The aim is to reduce the reliance on traditional healthcare by creating an environment that fosters well-being.

Global Currents: led by Grimshaw Architects, IDOM, Jestico + Whiles and Wimshurst Pelleriti, explored architectural alternatives to the current conflict between overpopulation and well-being in world capitals, analysing a specific site in Rotherhithe that is currently being masterplanned for increased density.  The group looked specifically at how best to integrate the edges of the masterplan with the existing communities, with a focus on young families.

Emerging Tools: In response to the GLA’s London Infrastructure Plan 2050 and the developing proposals for Crossrail 2, this Design Think Tank, led by Hawkins\Brown (who are the appointed architects on three Crossrail stations), PDP and OEB Architects questioned the policy, technologies, procurement and forms that infrastructure-related development takes, using a propositional project for an infrastructure hub at one of the new Crossrail 2 sites as a testbed for alternative possibilities.

New Knowledge:  offering perhaps the most conceptual responses from the research projects, this Design Think Tank, led by Assemble, looked at resolving the very real and pressing issues of sustainable urban living.  The outcome was a strategic proposition for a new community in Southwark that fundamentally questioned traditional social relations, typologies and forms of construction and focuses on somewhat startling proposals such as removing the Thames Barrier to impose a more symbiotic relationship between humankind and nature.

The key outcomes from these Design Think Tanks have been the tangible benefits of connecting research with practice, as Rae Whittow-Williams, Senior Project Officer at the GLA said:

“Through my involvement as co-leader of Emerging Tools, we’ve got the students to consider their proposals in line with various GLA strategies, including how they fit in with the recently launched Draft London Plan and the London Infrastructure Plan 2050.  We’ve used our GLA contacts to get the students to present to professionals involved with the Haringey Area Action Plan, as well as colleagues from TfL Property which has enabled ‘real world’ feedback, tested their project in a professional environment and got them to consider how their proposals fit in with the future vision for London.  In this sense, I think we can really see the benefits of connecting research with practice; the resulting schemes are so much richer in terms of their contextual awareness to the issues we are facing within the built environment sector”.

Benjamin Graham at Hawkins Brown says that the Design Think Tank process made a huge impact on the practice’s proposals for Crossrail 2: “Our joint research with the students has convinced us that Crossrail has to reconsider its strategy for the next stage of development; simply connecting hubs with a transport link on time and to budget is just not enough.  As a result of our work with the LSA, we will be proposing a much more radical approach to Crossrail 2. It has been an incredibly useful process.”